It has been a long time since I’ve written anything for this site. I’ve had quite a few life changes in the past year—moving away from my home community, Plowshare Farm, in New Hampshire; spending two months in a cabin in the woods of the White Mountains; and adjusting to a new life in Camphill Village Copake. My wife and I have taken on running an elder care house here, which is a level of care totally new to us. It has been quite an adjustment, and now the global hysteria and subsequent lockdowns due to covid-19 have added a further layer to the complexity of our lives.

That being said, it has been a while since I have been inspired to write. I simply haven’t had the energy. I believe it was Rilke who said, in Letters to a Young Poet, that a writer doesn’t put pen to paper because he wants to, it’s that he cannot help himself. So it is in my experience; I can only write if I feel compelled by the content to make it known. I do not write “for fun.”

And in the past week, something that has been bubbling for a long time has begun to take form within me, that I feel compelled to share with you all. This has been formed due to a deep engagement with some friends of mine, fellow “Itinerant Hermits” or “Grail Knights” on the topic of the biography of our friend Robert Powell. It has also been formed due to an engagement with Valentin Tomberg’s essays on the pre-Earthly sacrifices of Christ (available in english in the book Christ and Sophia) as part of my journey through Tomberg’s Lord’s Prayer Course. A further element has been provided in my ongoing exploration of the Suit of Swords of the Minor Arcana of the Tarot of Marseilles with my friend and colleague Phillip Malone. And finally, in teaching a course on Philosophical Perspectives here at the Camphill Academy, many new insights have come to light.

I want to begin these considerations by pointing to the first portion of the 16th Letter-Meditation from Meditations on the Tarot, on the Arcanum of the Tower of Destruction. Here, the Anonymous Author contextualizes what exactly the “Fall of Humanity” involved. A Manichaean/Anthroposophical interpretation of the Fall would say that humanity was tempted by the Luciferic spirits to turn its gaze toward the physical material world rather than maintaining a strictly spiritual sensory orientation. From an Anthroposophical perspective, the human being bears seven bodies which interpenetrate each other: Physical body, Etheric body, Astral body, Ego, Spirit-Self, Life-Spirit, Spirit-Man (for more information see here: https://wn.rsarchive.org/Books/GA009/English/AP1971/GA009_c01.html). However, what is significant in Anthroposophy is Rudolf Steiner makes it clear that the physical body as such is not necessarily material. It is a “phantom,” a body of physical forces, not necessarily of material substance.

What occurred at the time of the Fall according to a surface understanding of Anthroposophy or Manichaeism is that in turning their gaze toward the material/sensory world, human beings absorbed material substance, were in a sense “poisoned” by materiality. Like a drop of milk into a glass of water, the milk permeates the entirety of the water, making the whole of it cloudy. The two become impossible to separate—at least, without the intense procedure of distillation. So with the clear, diamond-like physical body being “infected” with materiality.

But this is a one-sided and very inaccurate perspective to take. The Anonymous Author makes clear to us in the Tower of Destruction that the Fall of Humanity occurred on the level of the soul first; it is not the poison of materiality entering the physical body that hampers the human being. It is the poison of desire for illicit knowledge, to make oneself like gods, that has poisoned the human’s overall organization—a poisoning of the astral body primarily, one might say, which then opens the gateway to infection in the rest of the human being.

And so let’s take our gaze back to the time of Ancient Lemuria. The human being has fallen due to a desire for illicit knowledge being inspired within it through attentiveness to Luciferic spirits (hierarchies of the Left) rather than maintaining obedience, poverty, and chastity to the nine hierarchies of the Right. The human being subsequently “falls” out of Paradise (a sphere in between the Lunar Sphere and Earth) and incarnates in a physical body. But it isn’t strictly a physical body…how can we understand this better?

An extreme danger presents itself here—the human sense organs, at this point, are totally alive, utterly receptive and engaged with whatever is confronting them. It is through the physical senses that spiritual beings—some with extremely dark intentions—can find their way into the human organism, more or less possessing and overtaking it completely. In the region of Paradise, a kind of hole has opened in the cosmos; where once the absolute purity of the human being dwelt in relation to the guiding spirits, a sphere of lies and delusion begins to open up, the so called “Belt of Lies” or “Luciferic Sphere.” This sphere allows Ahrimanic spirits to dedicate themselves to robbing human beings of their physicality, which would turn the human race into a group of ghosts, imprisoned in between life and death. A decision is made at this point. An Archangelic being, the Archangel Jesus, in union with Christ, sacrifices his Ego—his body of conscious intention, conscious will—in order to bring about a protection of the human organization.

This sacrifice of Ego results in two things: first of all, the Moon is extruded from the Earth and enters the Lunar Sphere. The Elohim Yahweh leaves the sphere of the Sun (and the other six Elohim) to take up his abode in the Lunar Sphere. This Lunar Sphere takes on a dense materiality—this dense materiality acts as a kind of shield or barrier from the attempts on the part of Ahrimanic spirits to rob human beings of their physicality. It is like the skull protecting the brain. Yahweh is the cosmic cross-bearer, bearing the cross of the Moon for the sake of humanity. (See here: https://wn.rsarchive.org/Lectures/Dates/19151018p01.html)

The second result is in the human organization itself: the physical body takes on materiality, and for the first time a distinct, concrete physical body coalesces out of the homogenous mass of seven bodies of the human being. This results in changes to our organization: the senses “die,” they no longer participate in such a dangerously intimate way with the phenomena they present to the human soul. In dying, they are able to be integrated. This is reflected in the sensory integration that occurs in the normally developing child around age one. Notice that at the age of one the child normally attains uprightness and the ability to walk, to have some control of its movements.

This is exactly what happened during this time of the first sacrifice of Jesus and Christ. The Seed of the Ego’s formation was planted within the human being. This drew the human being upright, creating the basis for the skull and spinal cord, and the skin—the primal barrier between outside and inside—was in a way poured out over the human form from above to below. The material body is not a poisoning of the physical body—on the contrary, it is the shield, the barrier which has allowed the human being to develop into a free spiritual being. 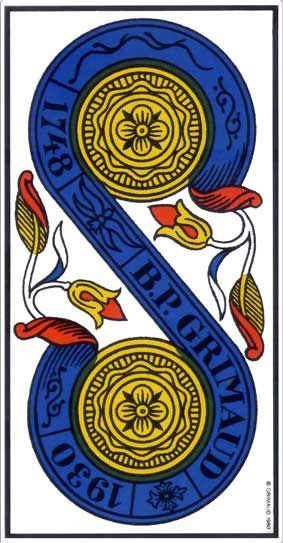 And so to be clear in this first sacrifice: the first or “lowest” body of the human being coalesced into a distinct entity. In the meantime, the other six bodies remained as a homogenous “flowing together,” albeit with the the seed of the Ego’s eventual formation planted within it by Jesus and Christ. This seed would take many ages to come to fruition. While the physical, material body was the immediate gift of these two beings, a potential and a promise was planted within the developing human being. While the physical body could immediately be put to use, the developing member of the human being (the Ego) had to be properly cultivated—and this is the origin of Rite, of Ritual. Certain rituals had to be performed, in exact ways, so that the development of the Ego could take its proper course.

In the next section, we will investigate what exactly this Rite or Ritual consisted of, and try to come to a better understanding of the subsequent sacrifices of Jesus and Christ.