The first sacrifice of Archangel Jesus and Christ occurred sometime in the last third of the Lemurian epoch. At this moment, human beings were given the immediate gift of the organized mineral-physical body, due to the developing seed of the Ego being planted within them. At this point, the human being’s primal, intuitive clairvoyance began to dim; they began to have the first inklings of a division between subject and object, but in the form of primal inspirations. They no longer felt completely at one with the spiritual world. Instead, they felt this world to be outside of them, yet still made up of concrete spiritual beings. None of this was in anyway occurring in full consciousness, but in a dim, almost hypnotic state.

It is my conviction that the first sacrifice of Jesus and Christ went hand in hand with the events described in Genesis involving Cain and Abel. As we will see, the seed of the Ego that had been planted within humanity by the spiritual world needed to be met with a corresponding action on the part of humanity towards the spiritual world. In essence, the Ego that had been provided was a sacrifice on the part of Archangel Jesus—he sacrificed a fully-formed portion of his being to act as a substitute, and a guide, until the human being could have a fully individualized personality. And so what was required from humanity as sacred magical rite was a corresponding sacrifice, a properly performed sacrificial ritual.

We might say that the story of Cain and Abel shows us humanity’s tragic discovery of what is true ritual (i.e. sacred magic) and what is arbitrary or fallen ritual (ceremonial or black magic). The shepherd Abel properly mirrored the sacrifice enacted by Archangel Jesus, by sacrificing the best of his lambs. The animal sacrifice, since the time of Abel onwards, carries on through the entire history of the Hebrew people, becoming ever more codified and precise, until the time of Christ. It is there that the need for the sacrificial lamb ceases (we will return to this in a later section).

The attention of Jesus and Christ now turns to the etheric body of the human being. At this point in time, the etheric body (body of life-forces) of the the human being is completely permeated by the other five members, particularly the astral body. Our organic functions at this point in time are not just keeping us alive, they are deeply felt and experienced, as a content of soul. We only experience our etheric body in such a way in modern times when we feel ill—our astral body sinks down into our etheric at such times. The human being constantly felt unwell—and due to the existence of arbitrary and debased magical practices, constantly ran the risk of becoming even more ill and out of balance, and sunken within him or herself.

Archangel Jesus, towards the beginning of the Atlantean epoch, sacrificed his astral body for the sake of the human being. The sacrifice of this body resulted in the coalescing, the birthing of the fully formed etheric body, separated from the other five members of the human being, as the physical body had been during ancient Lemuria. And at the same time, due to the sacrifice of the astral body of Archangel Jesus, the seed was planted for the eventual unfolding and distinct formation of the astral body. 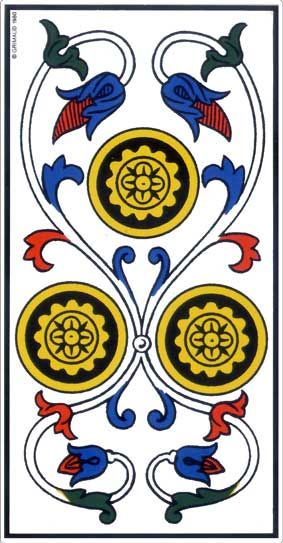 The etheric body and the physical body now existed as distinct members active in the material earthly plane. Both the astral body and the Ego had been potentized due to the first two sacrifices of Jesus and Christ, yet they remained essentially united and blended with the other three higher members of the human being (Manas, Buddhi, and Atman), in a sense “hovering above” the other two externalized members. The Ego and the astral body each demanded a different sort of ritual in order to continue to develop within the “flowing together” of the higher human being (i.e. higher than the etheric body).

With the astral body now separated from the etheric body, the possibility for vocalization, and kind of song-language based in vowel sounds could develop. This is reflected in human development at the age of 2, when the first attempts at speech are made. In this sounding, the human being now developed in the horizontal, towards other human beings and nature, in juxtaposition to its vertical development during the first sacrifice.

The rituals for the development of the astral body consisted in the rites of the ancient Atlantean oracles. It is entirely possible that these rites consisted in the “vegetable sacrifice,” the ceremonial or nature magic that Cain attempted to establish at too early a period, but which now had found their place. Abel’s animal sacrifice created smoke which rose up vertically, relating it to the development of the uprightness of the Ego, while the vegetable sacrifice created smoke which spread out horizontally, relating it to the community and nature oriented development of the astral body.

The human being at this point had entirely entered a stage of dim inspirational clairvoyance, and with the second sacrifice of Jesus and Christ, began to feel even more distinctly the split between subject and object. Inspirational clairvoyance, direct contact with spiritual beings, gradually faded into imaginative clairvoyance—a dream-like awareness of flowing pictures which represented the spiritual world to the human being.

Eventually, the astral body reached its full fruition. At the same time, it ran the risk of overwhelming the higher members of the human being, particularly the still-developing Ego. And so Archangel Jesus sacrificed his etheric body to Christ to facilitate the birth of the astral body in the human being, separating it from the other four higher members which continued to operate as a single conglomeration. 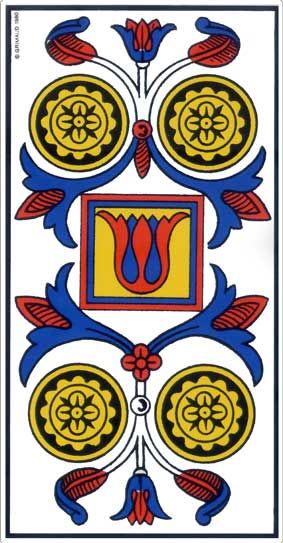 The astral body could now begin to differentiate into its three faculties of thinking, feeling, and willing. The human being at this stage had entirely lost the inspirational clairvoyance that had gradually faded since the second sacrifice at the beginning of the Age of Atlantis, living entirely in the dream pictures of imaginative clairvoyance. Out of this imaginative clairvoyance, the human being had experienced a continuity of consciousness from life to life, its memory extending back thousands of years. The speech of human beings had had a magical effect on the natural world, a creative force had lived within it.

These faculties now began to fade. As humanity transitioned from Atlantis into the post-Atlantean period, picture-clairvoyance began to fade away. The human being very gradually began to experience thoughts—but as perceptions, not yet as independent creations of the Ego. By the time of Ancient Greece, the human being was fully experiencing the world as subject and object—as soul and world, but an outer world permeated with thoughts, like the residue of a once perceptible spiritual world.

This third sacrifice at the end of Atlantis, the event which began this transition from picture-consciouses to thought-consciousness, also brought with it the development of consonantal speech, of allowing ideas to incarnate in language and not just feeling and will. This third sacrifice is reflected in the third year of child development, when the child begins to be able to think—albeit at a very rudimentary, imaginative level.

Take note that the development and cultivation of the astral body took place between the second and third sacrifices of Jesus and Christ—during the heart of the Atlantean period. Whatever rituals were attached to the development of the astral body either died away or lived on in a decadent (and unnecessary) form. But after the third sacrifice of Christ in particular, when the Manu (Noah) laid the foundation for the coming post-Atlantean culture, the ritual animal sacrifice for the sake of the development of the Ego (the content of the ancient Hebrew religion) only took on greater form and significance.

We might say that the subsequent Ages of humanity—after the third sacrifice of Jesus and Christ, as humanity transitioned from ancient Atlantis to the post-Atlantean world—were a kind of recapitulation of what had come before. The Age of Cancer (8425 – 6265 BC) straddled the end of Atlantis and the beginning of the ancient Indian culture. This time period recapitulated the transition from Paradise, through the Fall, to the first sacrifice of Jesus and Christ that gave the human being the upright physical body. The Age of Gemini (6265 – 4105 BC) straddled the ancient Indian culture and the ancient Persian culture. This time period recapitulated the transition from the end of Lemuria (the first sacrifice) to the beginning of Atlantis (the second sacrifice). Then the Age of Taurus (4105 – 1945 BC) straddled the end of the Persian culture and the start of ancient Egyptian/Assyrian/Babylonian culture, recapitulating the heart of ancient Atlantis, between the second and third sacrifices of Jesus and Christ.

All of which culminated in the time period of the Hebrew Patriarchs: Abraham, Isaac and Jacob, at the dawn of the Age of Aries (1945 BC). This was the point in history at which the true preparation for the pivotal fourth sacrifice—the Mystery of Golgotha—could begin in earnest: https://treehouse.live/2020/05/09/the-sacrifices-of-jesus-and-christ-pt-3/

2 thoughts on “The Sacrifices of Jesus and Christ, pt. 2”